New rules on M&A in Brazil

At a recent public hearing, the Brazilian SEC (Comissão de Valores Mobiliários, CVM), presented a draft document for the new rules regarding mergers, spin-offs, incorporations and share mergers involving publicly-traded companies. These rules will be applied to any corporate restructuring operations in which at least one of the parties is a publicly-

traded company with its shares traded on the stock exchange. Therefore, these rules are also of particular interest to private limited companies that intend to merge with publicly-traded companies in restructuring processes.

the new rules presented by the CVM would be vaild in this case. On the other hand, when the private limited company is being acquired (incorporated), the new rules require its financial statements to be analyzed by independent auditors and disclosed to the market, which may make several such operations unfeasible, since, according to the law, only private limited companies defined as large-scale corporations (with annual billings over R$ 300 million [US$ 133 million]) or total assets to the tune of R$ 240 million [US$ 107 million]) are currently obliged to undergo external audits and disclosure of their financial statements.

Another point worthy of note is with regards to the incorporation operations of a controlled company, a situation in which Brazilian law guarantees the right of minority shareholders who are against the operation to withdraw from the company. In order to evaluate the right of withdrawal, the law establishes the market value as the net worth of

the company. In accordance with the new rules proposed by the CVM, besides this method (market value as the net worth) it would also be possible to assess its value by the market multiples method and by the discounted cash flow method.

As well as other issues that will not be dealt with in this article, it is striking that these evaluation methods fly in the face of the recent accounting standards also approved by the CVM. Through CVM Deliberation no. 699/12, Technical Ruling CPC no. 46 – Measurement of the Fair Value, which is based on IFRS 13 that governs the different evaluation methods for corporate assets and liabilities, including investments in other companies. Accordingly, competition between norms for the evaluation of the rights of minority shareholders who are against the corporate restructuring operation would end up creating legal uncertainty in these types of operations.

Finally, the treatment of plus valia ascertained in goodwill corporate restructuring operations is deserving of mention. The CVM draft maintains the rules regarding goodwill as they were issued in 1999, not considering the recent and important alterations to this subject area, under the argument that the respective tax law has not been altered. The CVM approved Technical Ruling CPC no. 15 (R1) – Combination of Businesses (CVM

Deliberation no. 665/11), based on IFRS 3, which governs goodwill accounting, once

again giving rise to legal uncertainty with regards to competition between the norms.

On the other hand, it is true that Brazilian tax law has not been altered in this regard

since 1997; however, this is currently one of the most sensitive issues for companies.

The CVM would do well by staying out of it. 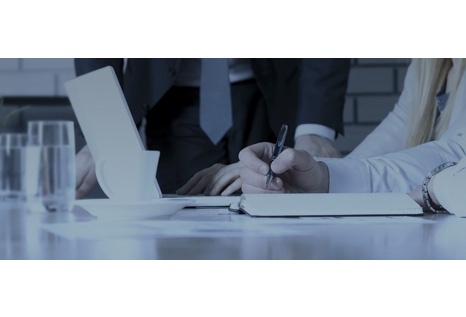